Townsville Junior Touch Football has announced the nominees for the 2022 Joanne Sale Award, which recognises the efforts of our dedicated volunteers.

The award, dedicated to the memory of Joanne Sale, is presented annually to the volunteer who goes above and beyond to give back to the touch football community.

This year sees a shorter but no less important list of nominees who have given up their time and effort to support the local touch football community. 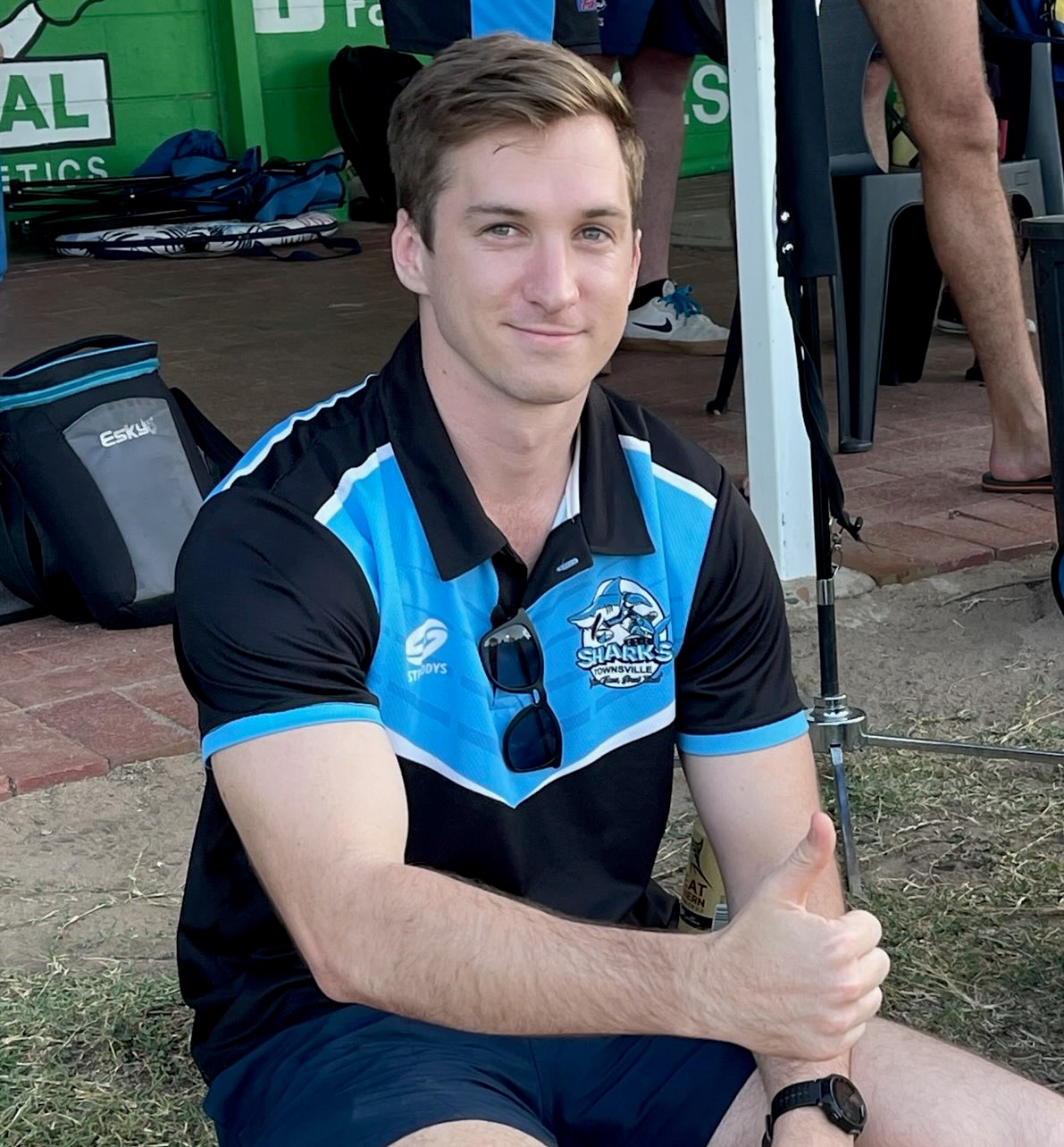 Sharks Touch Club holds their nominee in very high esteem, thanks to his loyal and hardworking spirit.

Club President Cherrie Pierce, herself the inaugural recipient of the award, regards Hall as a true ambassador for the sport.

"Jacob is a major asset to touch football in North Queensland. He is loyal, hardworking, and always displays the values of our club and the sport".

Rarely one to turn down a request for help, Hall also helps the club out behind the scenes, regularly volunteering at club functions and fundraising events.

"His integrity, honesty, fairness, sportsmanship, and good character make him a great club person, and he works tireless all year, not just in our junior and senior seasons."

Hall isn't content with just coaching, he can be seen regularly picking up a whistle to help out, or guiding young referees as they take their first steps into the world of refereeing.

Pierce highly regards Hall's dedication to supporting the clubs junior touch football players and the competition as a whole.

"He's committed to the kids most of all, and always works to make sure their experience with the club and with the sport is positive." 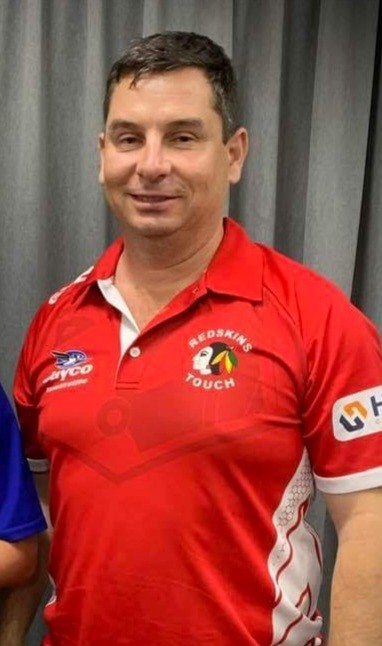 Redskins Touch Club's David Argent is a name and face that is known across the whole Townsville Touch Football community, and with good reason.

Argent has been involved with the sport of touch football in Townsville for the last 25 years, and has made significant contributions to touch at his beloved Redskins during his time as President, player, coach, referee and general club member.

Since relocating from Mackay in 1998, Argent has shown an unmatched dedication and willingness to contribute to the game, seeing him take on the role of club President between 2000 and 2002, and again between 2012 and 2019.

That committment, coupled with his many achievements thoughout his tenure, earned him not only the respect of the touch football community, but a nomination for this award in 2016 followed in 2019 by a Life Membership of his beloved Redskins Touch Club Inc.

Current club President, David Todd, regards Argent's willingness to help as one of his greatest attributes.

"He is always willing to make his services available to touch in whatever capacity he can, and he always sets and achives a very high standard in whatever role he takes."

Serving as an example of his dedication to the sport, Argent was also recognised this year by the Townsville Touch Referees Association Inc. with a long service award for his 20 years as a referee in Townsville, a role which he undertakes through both senior and junior seasons.

Todd remarks that while Argent has always put his team and players first, he has always looked at the bigger picture.

"He always makes himself available to the game when it comes to developing players, our community, and ourt sport."

"He should be looked upon as a giver to touch who expects little in return. He's an ambassador to the sport and a mentor to his players, referees and coaches alike." 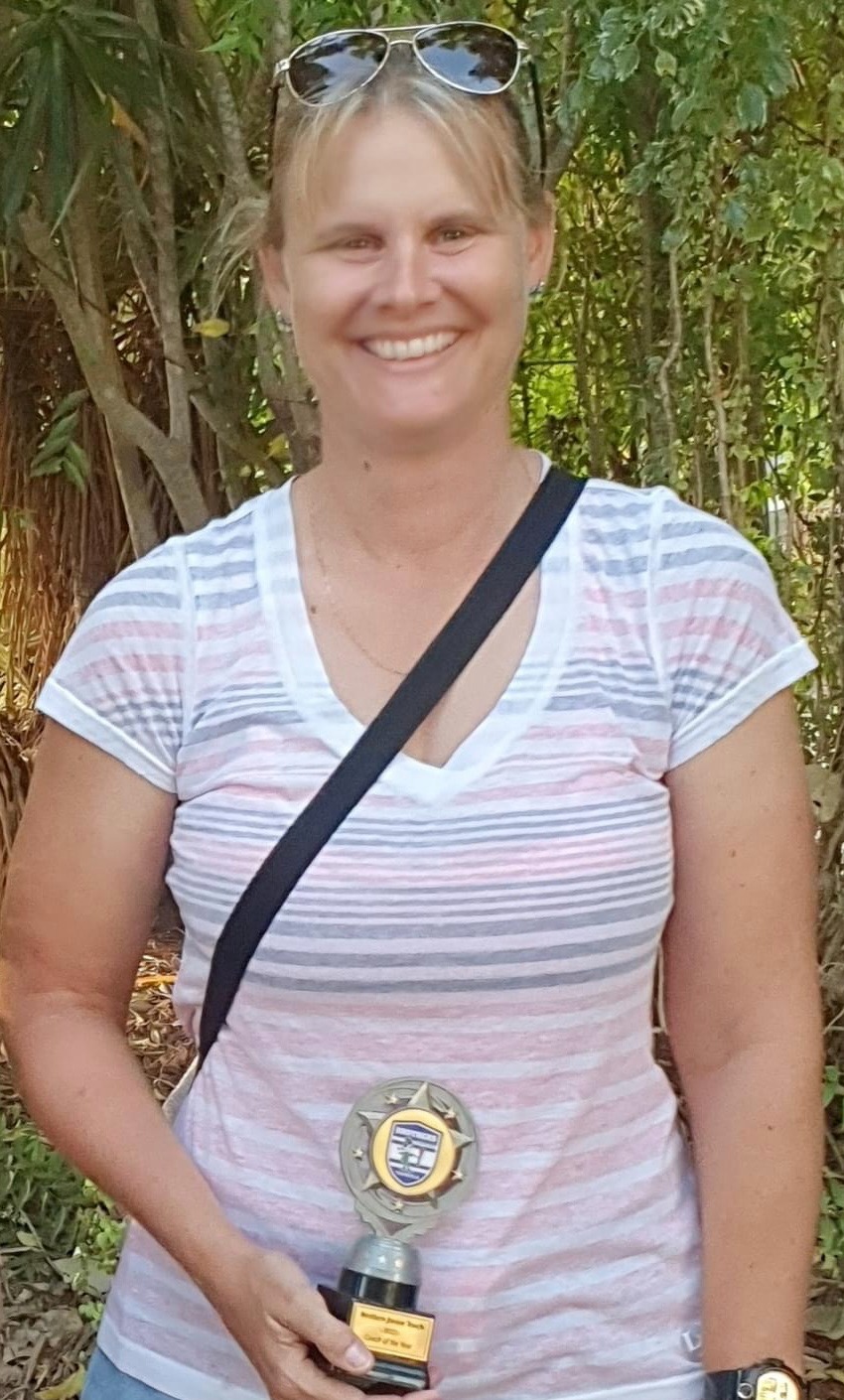 A club person through-and-through, Brothers Touch Club's Jessica Lee is dedicated to helping wherever she can.

Brothers Junior Coordinator and last year's recipient of the award, Belinda Chittleborough, regards Lee's committment to the club as one of her best values.

"Jess is always happy to help out where needed, especially when there is a shortage of coaches or we need mentors for referees."

"She has been our Referee Coordinator for the past three years ... giving up her time to mentor our up-and-coming referees in our senior and junior competitions."

According to Chittleborough, Lee's committment to the junior competition in particular is what sets her apart from the rest.

"Jess has developed into one the regular faces in Brothers uniform at Queens Park on Thursday and Fridays."

"She is always on the sideline coaching our players and supporting our referees."

Townsville Junior Touch Football congratulates all nominees for this years Joanne Sale Award. The recipient of the award will be named during a special presentation ceremony on Friday 2 December, 2022.